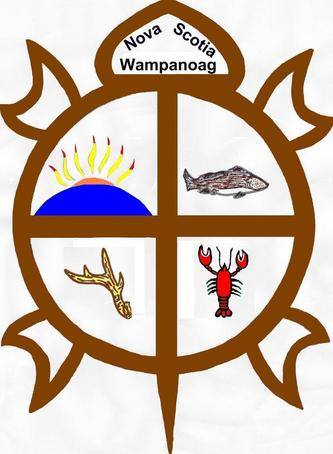 Welcome to the website of the Nova Scotia Wampanoag Council. Our organization represents the unique cultural and historical interests of the Nova Scotia Wampanoag community, which is comprised primarily of the descendants of the Wampanoag Confederacy of Massachusetts who settled Cape Sable Island, Nova Scotia, and surrounding areas in the mid to late 1700's. Recruited from our homeland in Massachusetts (including the islands of the eastern coastline) by the then English Governor in Halifax to assist in establishing an economic stronghold through the fishery and trade in what was then the northern portion of the Massachusetts province, our ancestors were given land grants in exchange for their assistance. As a result, all of our land has been owned by individuals and families since that time and, as such, we were fortunate to not be subjected to the "reserve" system or many of the other oppressive actions taken against other Aboriginal peoples in Canada by federal and provincial governments since that time.
Our people descend primarily from the Chiefs and Grand Chiefs of the Wampanoag Confederacy in Massachusetts such as Iyannough (after whom Hyannis, Cape Cod, is named) and Grand Chief Massasoit/ Ousamequin, who was the Grand Chief at the time that the Pilgrims first arrived from England and who, with his guide Squanto, helped them survive the first winter by feeding them and teaching them how to plant and harvest crops in the New World. It is from this interaction between our people and the Europeans that the North American Thanksgiving tradition originates.
As a result of these early interactions, our relations with Europeans were mostly friendly from the beginning and many in our historic homeland, including Grand Chief Massasoit/ Ousamequin, his sons, and many other Chiefs were among the first converts to Christianity and therefore were among the first native teachers, church leaders, community representatives, and fishing guides. In fact, it was our known prowess in the fishery that encouraged the English Governor in Nova Scotia to seek the assistance of our ancestors in establishing an economic stronghold in the northern part of what was then the Massachusetts province, before Nova Scotia was called as such and before Canada and the United States were known as such or had an international border.
However, these early interactions or resulting intermarriages and participation in English social systems does not mean that we gave up our traditional ways or beliefs. We simply incorporated other ways into our daily lives and came to honor both as part of our cultural history. Even so, our ties to our Aboriginal identity, history, culture, traditions and practices have remained strong and have shaped the way of life in our community for over 250 years.
The Council was formed over 15 years ago as a means to preserve and protect our identity and culture in a rapidly changing society in which ties to the past can become quickly forgotten or undervalued. In addition to our interest in preserving our cultural ways and beliefs, representatives of the Council have been engaged in a struggle to have our Aboriginal identity formally recognized under Canadian law and policies because Canada has never adopted into law some of the Treaties,  or portions thereof, that some of our early ancestors were signatories to and that our people on both sides of the now Canada-US border have been impacted by. However, some important gains have been made in recent years and we are hopeful that we will soon be recognized as a unique and valued part of Canada's Aboriginal community that provides a new perspective on historical European- Aboriginal relations in North America, which we call "Turtle Island".